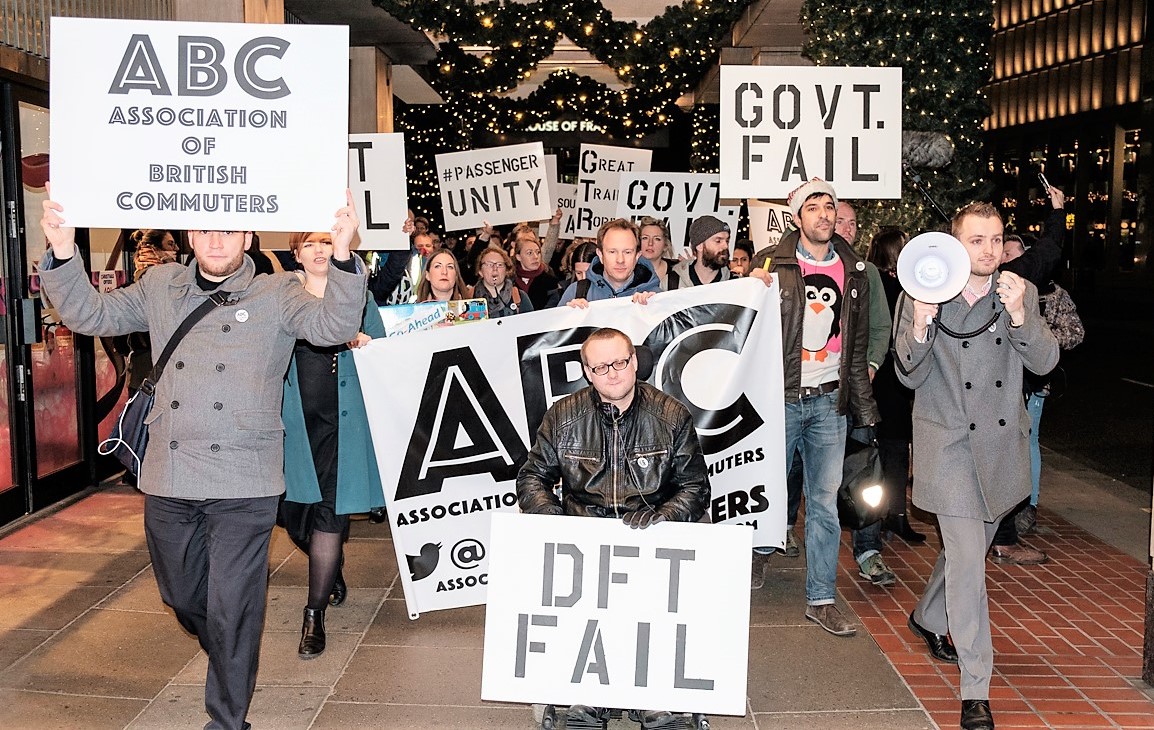 The Association of British Commuters is a grassroots campaign for justice and equality in public transport, founded in 2016.

Our campaigns promote the right to affordable, accessible and reliable transport for every citizen – regardless of location, income level or disability.

Our ultimate goal is the radical reform of the entire public transport system to support social, economic and climate justice across the UK.

UK public transport is highly unaccountable; due to the involvement of private operators, as well as the culture at the Department for Transport. Our legal actions and investigations have led to a £12.4 million fine of Govia Thameslink Railway, and influenced dozens of Parliamentary inquiries and questions.

Our campaigns for passenger rights include consumer rights, rail accessibility and the public control of buses. We’ve succeeded in blocking unfair fares policies and unethical behaviour from train companies on many occasions, and continue the pursuit of radical fare reductions across public transport.

Rail and bus fares in the UK are increasingly unaffordable, excluding millions of people from accessing their basic right to transport. And over the last ten years, the effect of privatisation and austerity has led to thousands of cuts to bus routes, with a huge impact on people living in rural and economically disadvantaged areas. We believe this can only be solved by a statutory right to transport, plus significant investment in bus and rail services to bring down fares.

In an era of rapid climate change and escalating transport poverty, only radical reform under public ownership will enable the ambitious policies needed for an affordable, fair and integrated public transport system.